Snap Chatter - September 2018: The Nun, Remembering Mac Miller, and the start of Oktoberfest

It’s finally fall! Snapchatters are ushering in the “spoopy” season with thriller movies like The Nun as well as football Sundays and the start of Oktoberfest in Germany. 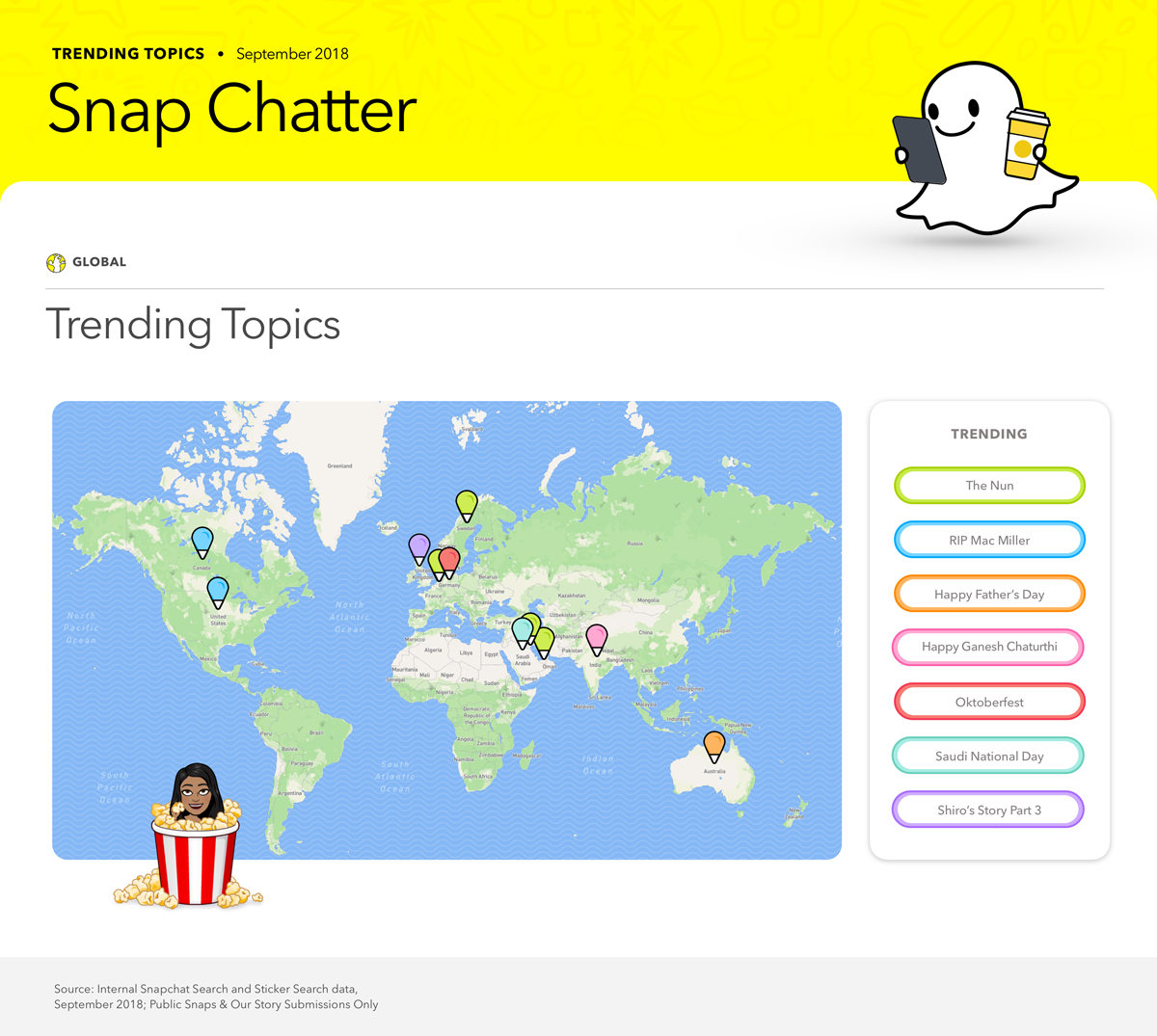 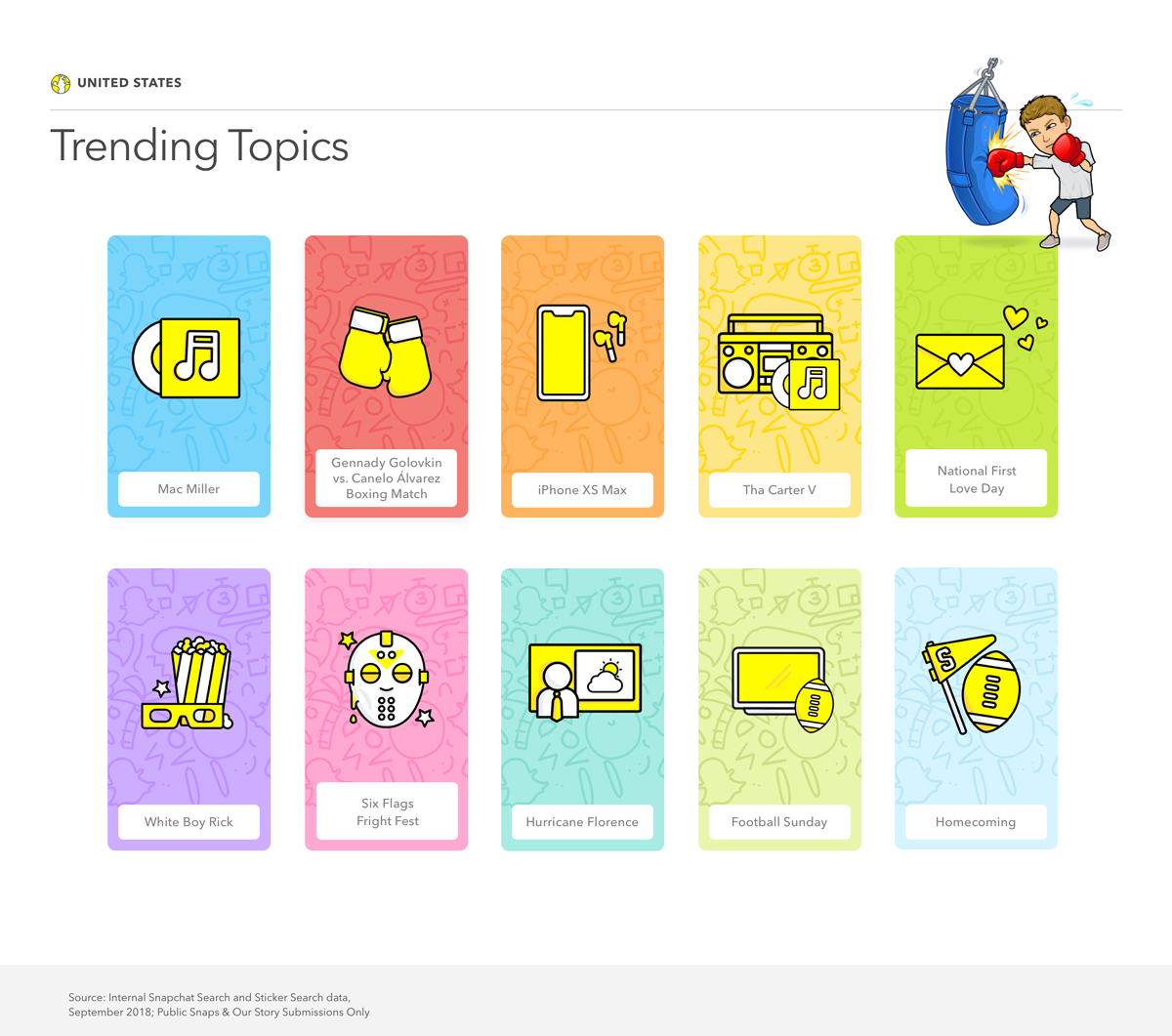 While White Boy Rick, Nappily Ever After, and Sierra Burgess is a Loser topped the movie conversation in September, Snapchatters also buzzed about the fall return of American Horror Story this month. 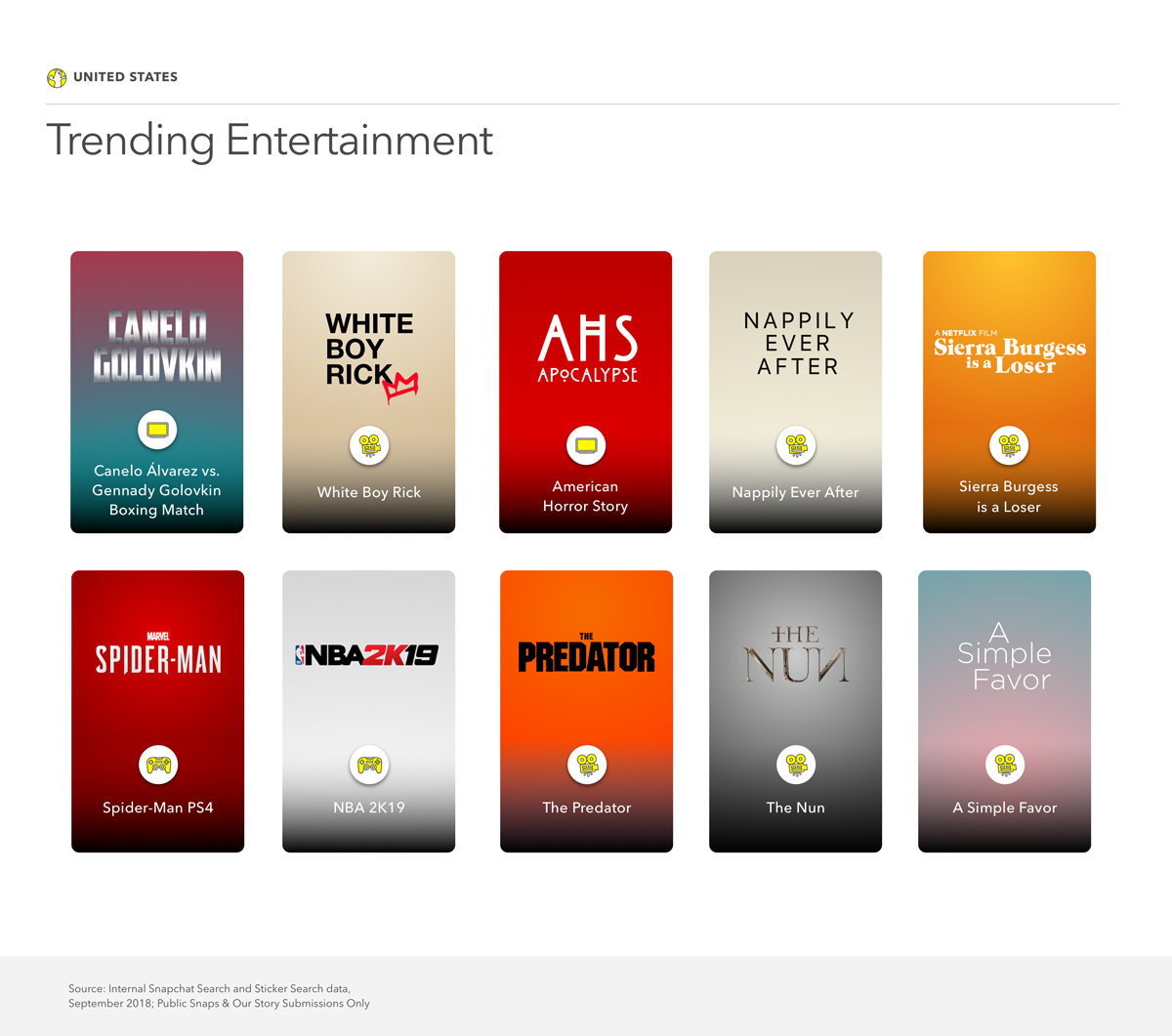 There were a lot of new track and album releases in the rap world this month, including Lil Wayne’s “Tha Carter V”, Lil Uzi Vert’s “New Patek,” Kid Ink’s “Big Deal” video, and the posthumous debut of “Falling Down” — a collaboration by the late Lil Peep and XXXTentacion. 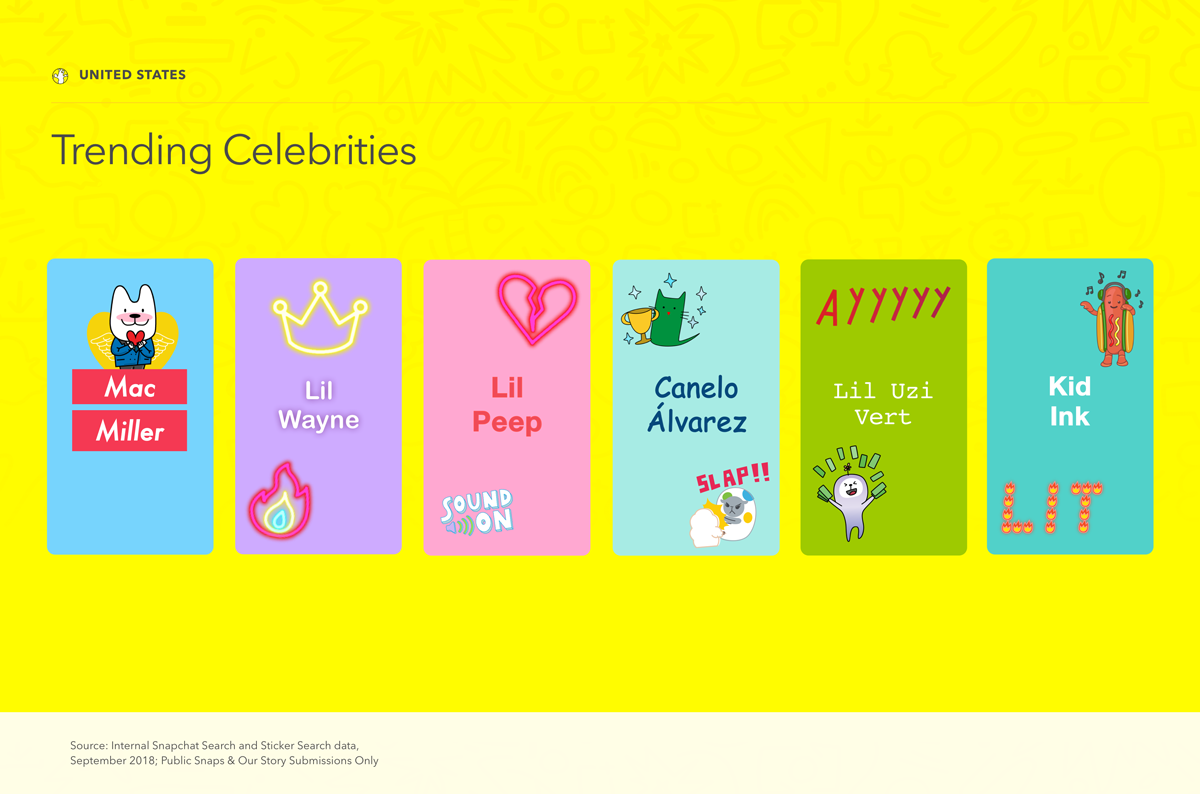 Fall is officially in full swing, and the top slang word to celebrate the season is none other than “Spoopy” (AKA funny yet spooky, a la the Scary Movie films). 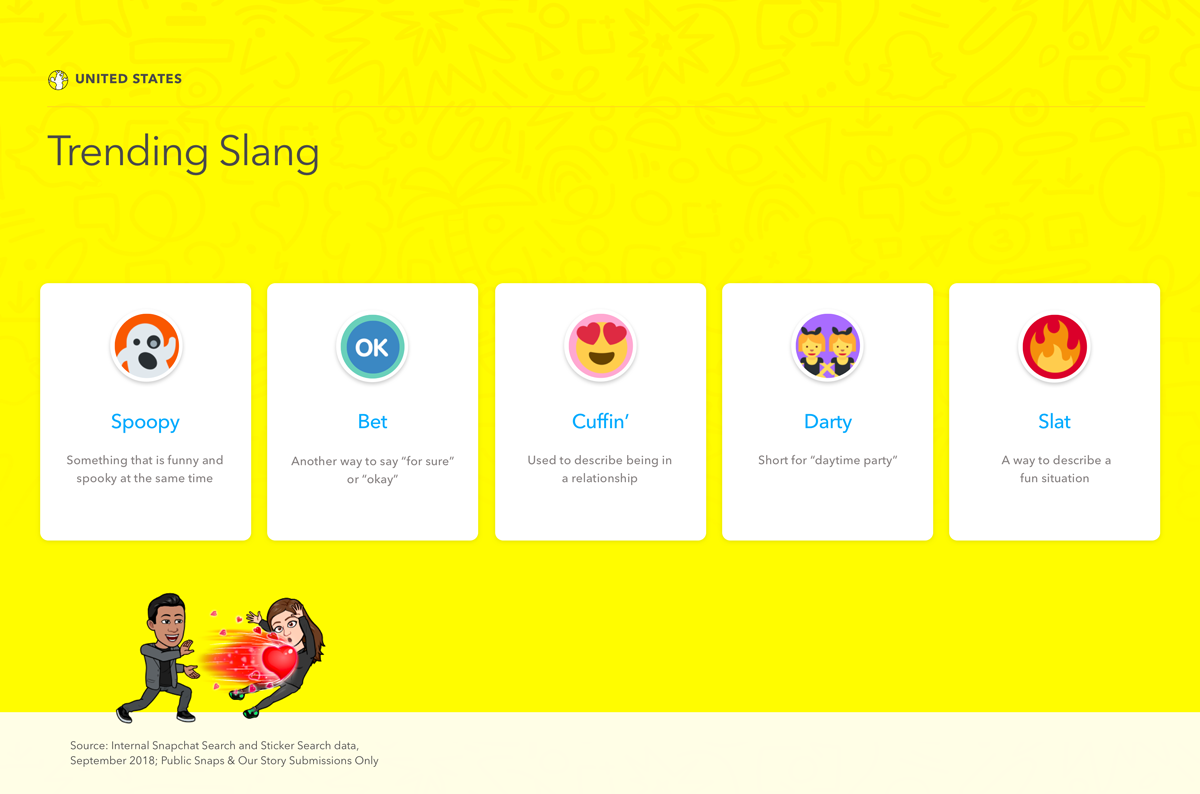 This month we’re showcasing the trending topics from Germany. While the country celebrates their famous Oktoberfest, they were also joining in on the worldwide fandom of The Nun and the release of the new FIFA 19 video game. 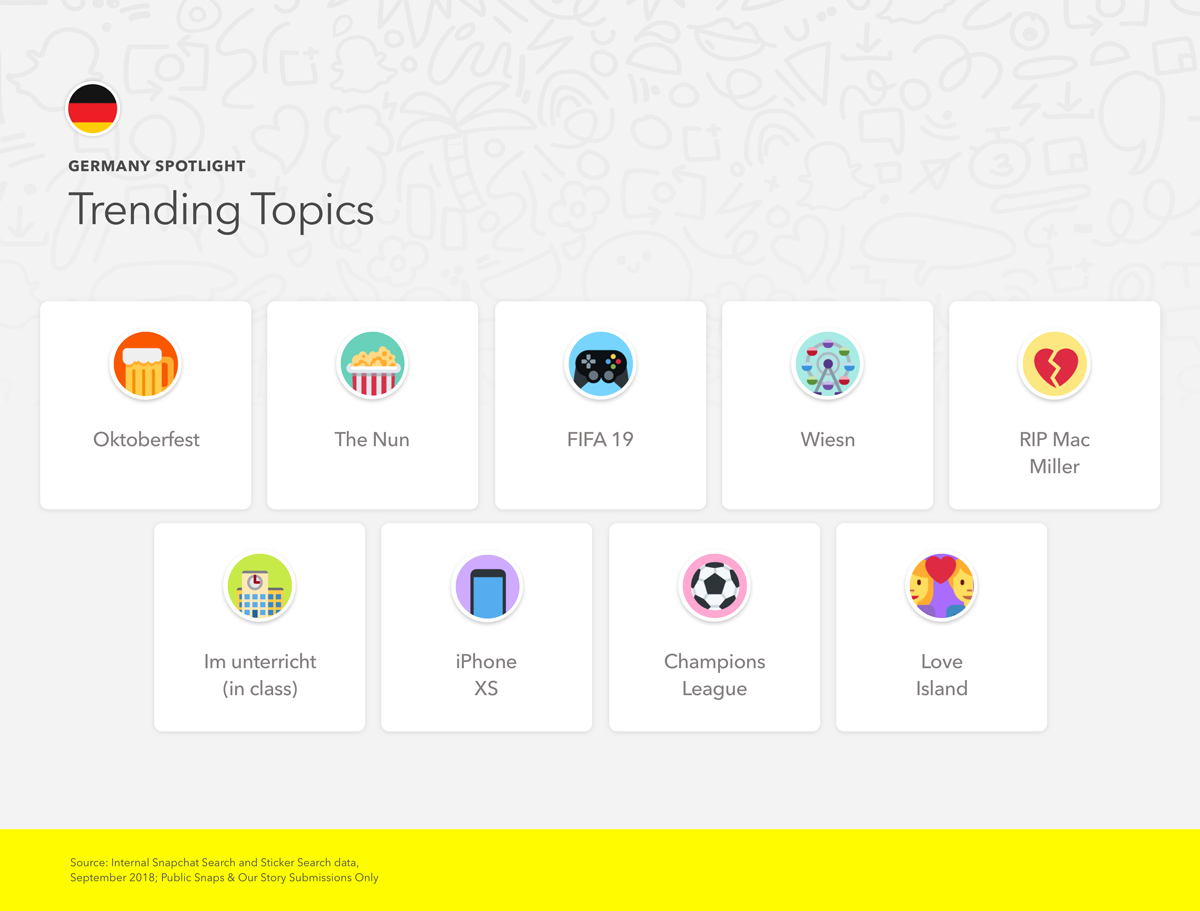