This past February, Snapchatters celebrated the month of love, watched major sporting events, and commemorated the best of music and film.

All around the world, Snapchatters cozied up with their special someone and wished each other a Happy Valentine’s Day. 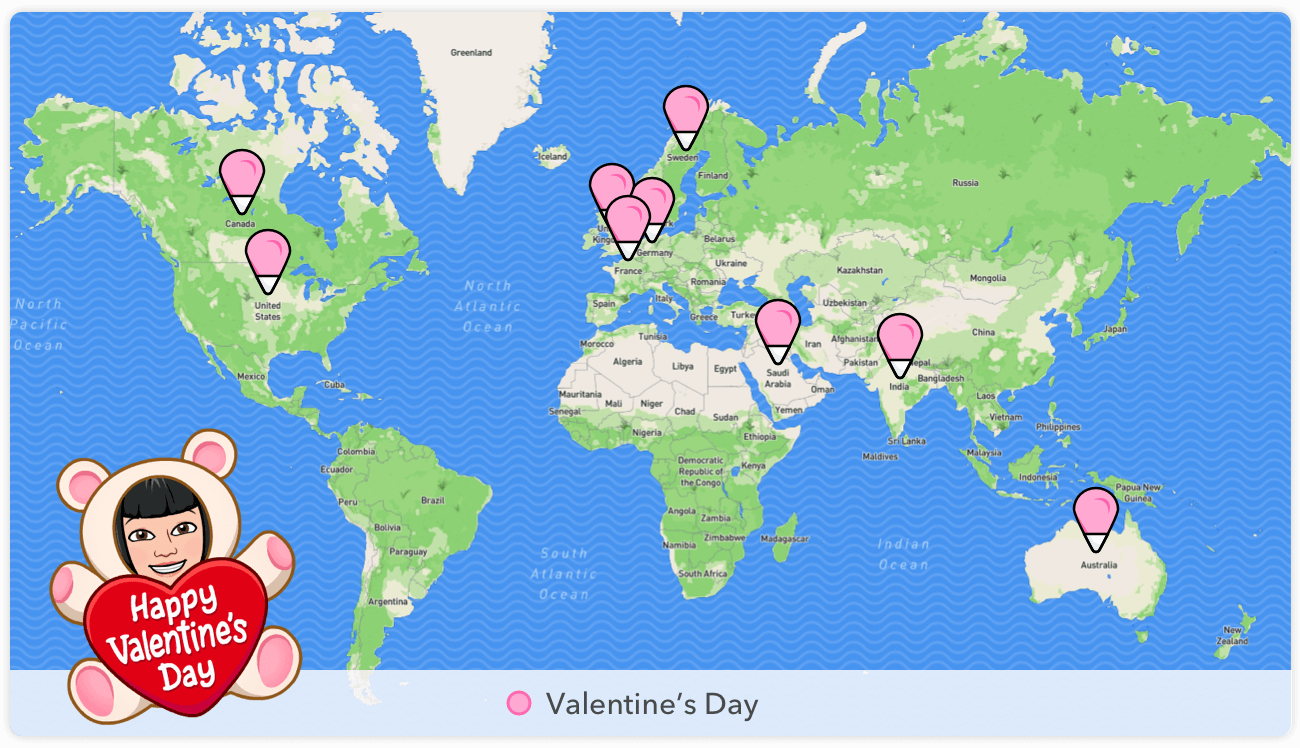 Friends, lovers, and pets alike felt all the feels this month. While some Snapchatters debated on the perfect Valentine’s gift (flowers vs. chocolates), others focused on pizza or margaritas. 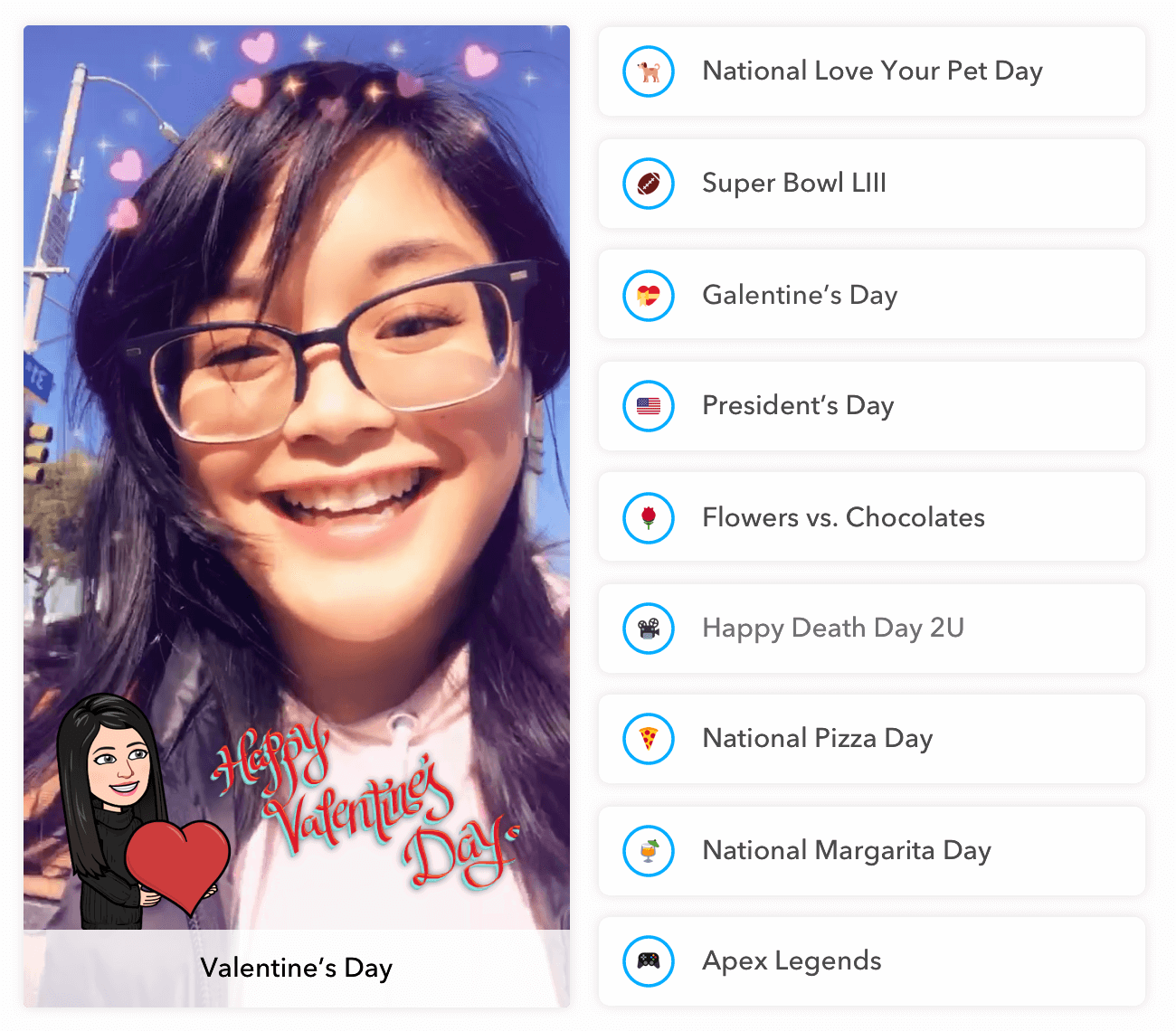 Sports were top of mind this month for US Snapchatters with Super Bowl LIII and the 2019 NBA All-Star Game appearing in our top trending list. In the gaming world, Apex Legends’ fans looked forward to the new hero release in March. How to Train Your Dragon: The Hidden World and What Men Want were the most popular films, along with Netflix’s recently released, The Umbrella Academy. 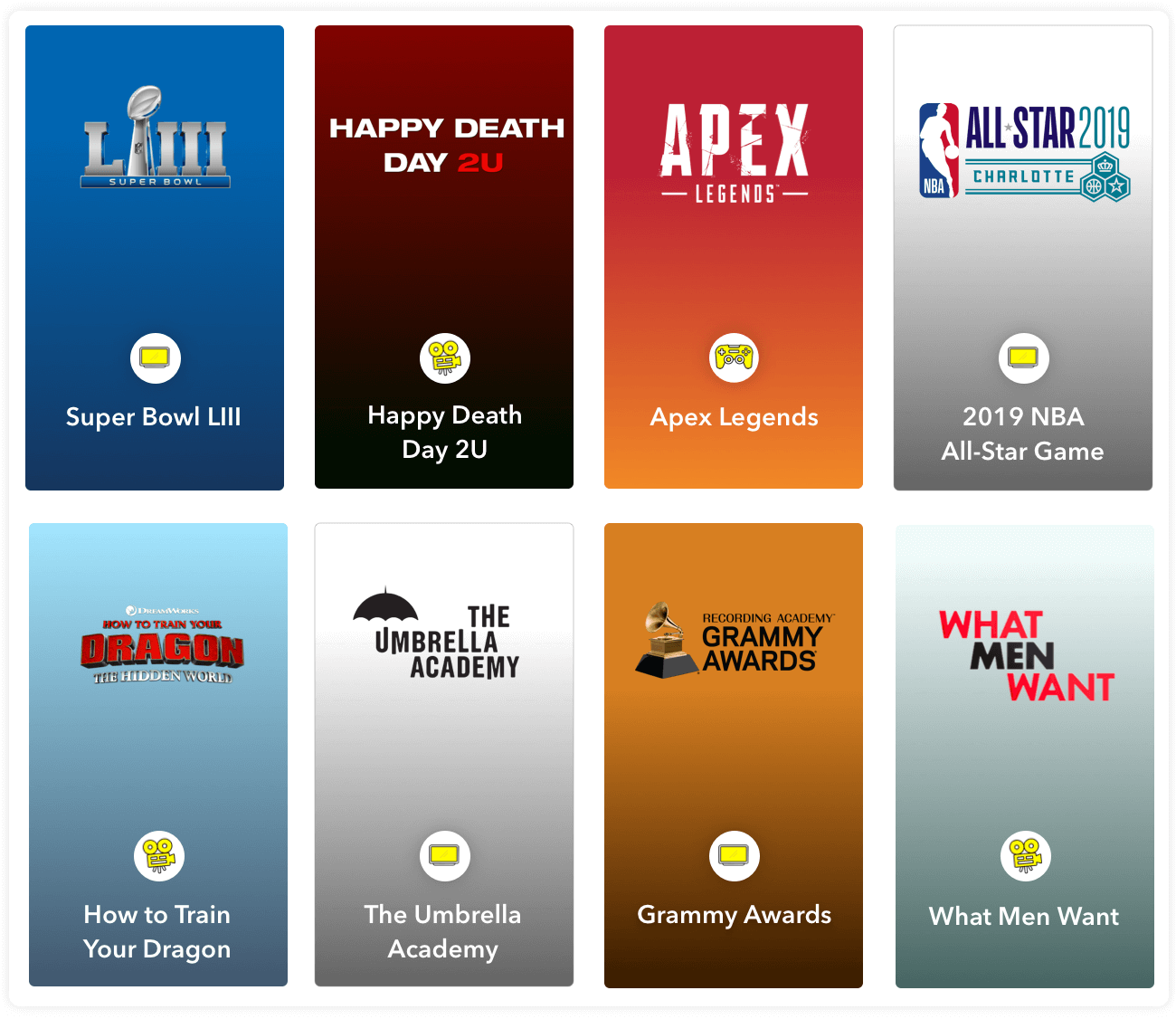 US Snapchatters rooted for the release of 21 Savage after his arrest in February for overstaying his visa. In sports, US Snapchatters followed the Team LeBron vs. Team Giannis rivalry during the NBA All-Star Game. Snapchatters were also entertained by Maroon 5’s Super Bowl halftime performance, as well as Tom Brady’s efforts in leading the Patriots to their big win. Additionally, US Snapchatters celebrated Lady Gaga’s big Grammy and Oscar wins, and remembered the life of the fashion legend Karl Lagerfeld. 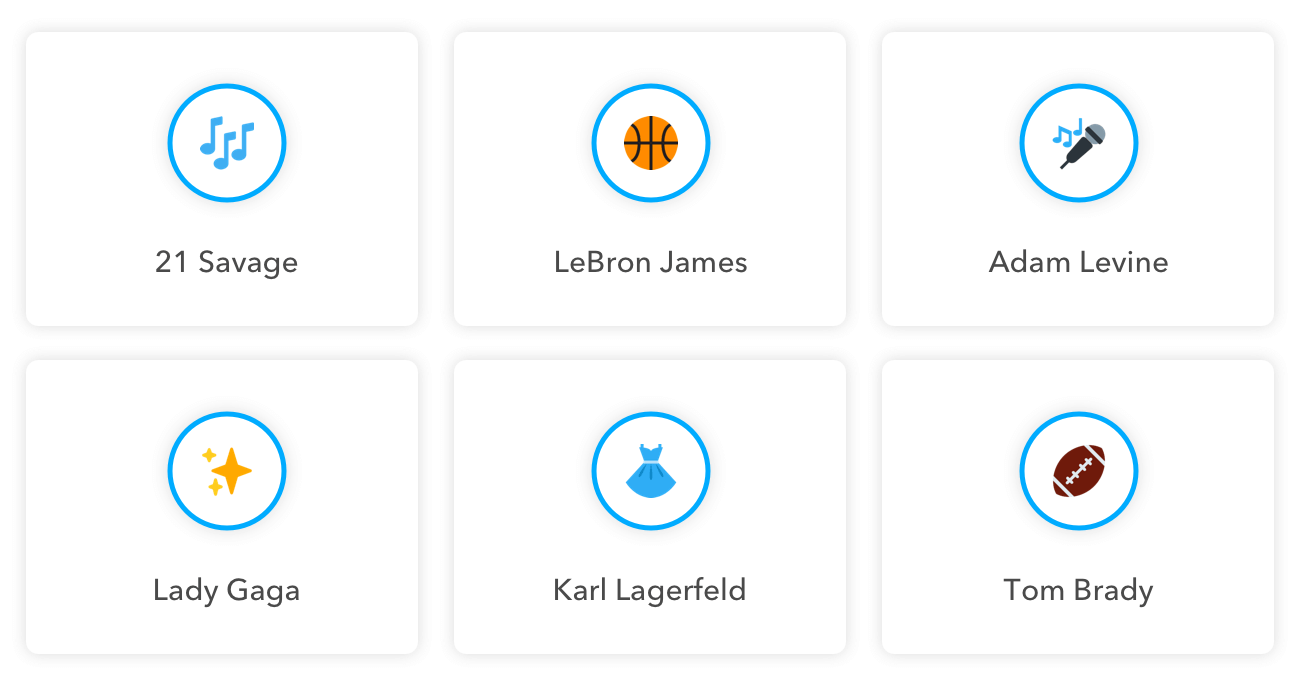 90’s kids may remember Nickelodeon’s Slime Time Live, where slime referred to electric green goop. Today, the word slime has become a term of endearment for those in your inner circle. Want to know what’s going on with your friends? Shoot a quick “What’s poppin’ slime?!” Yeet!

This month, we’re showcasing what trended in Australia over February. While Snapchatters in the AU felt the love on Valentine's Day, youth swimmers were competing for a team win at swimming carnivals. Snapchatters were also excited about attending Ultra Music Festival, St. Kilda Festival, as well as Eminem’s Rapture 2019 tour featuring Hilltop Hoods. 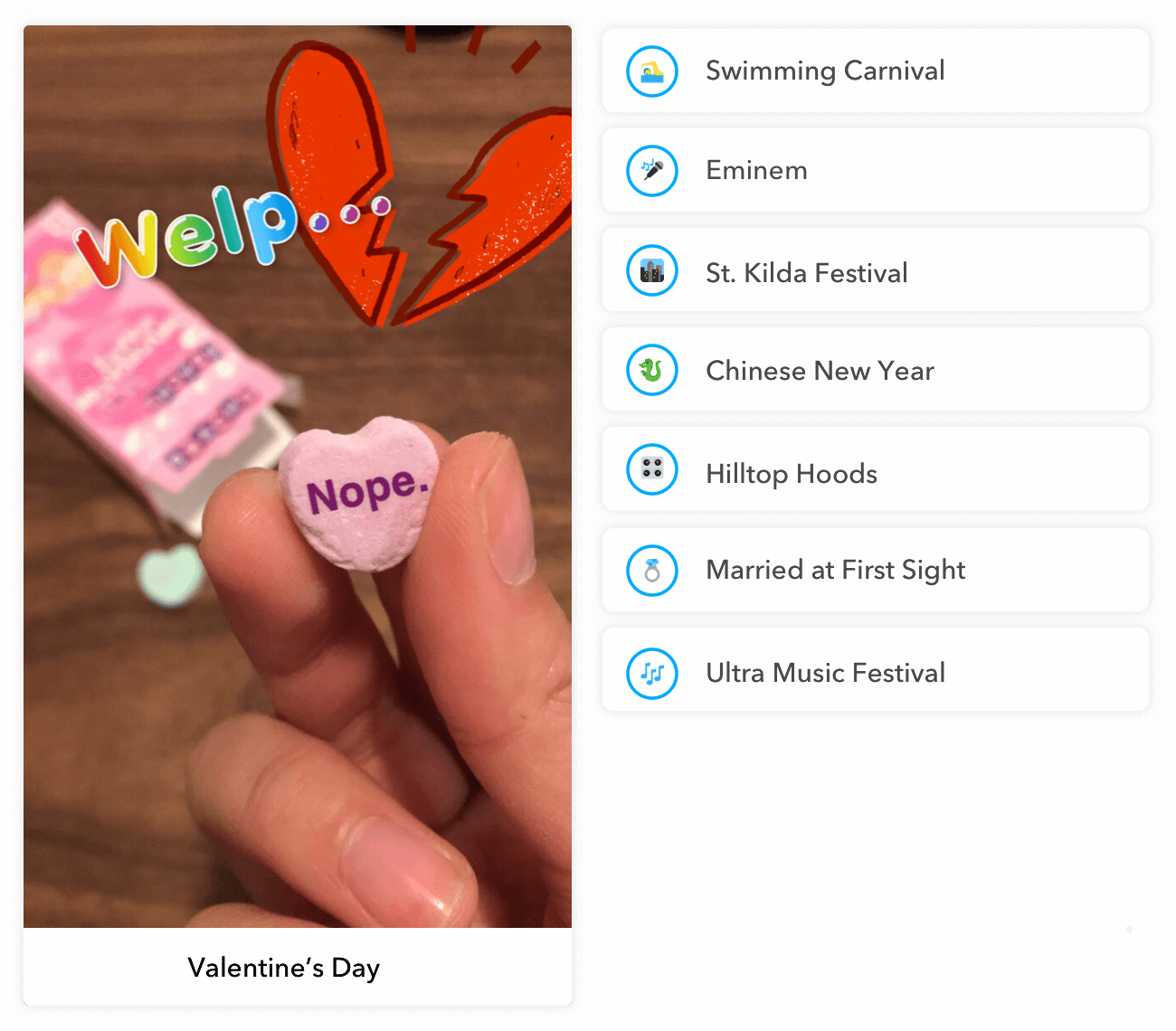 Check out our other Stories