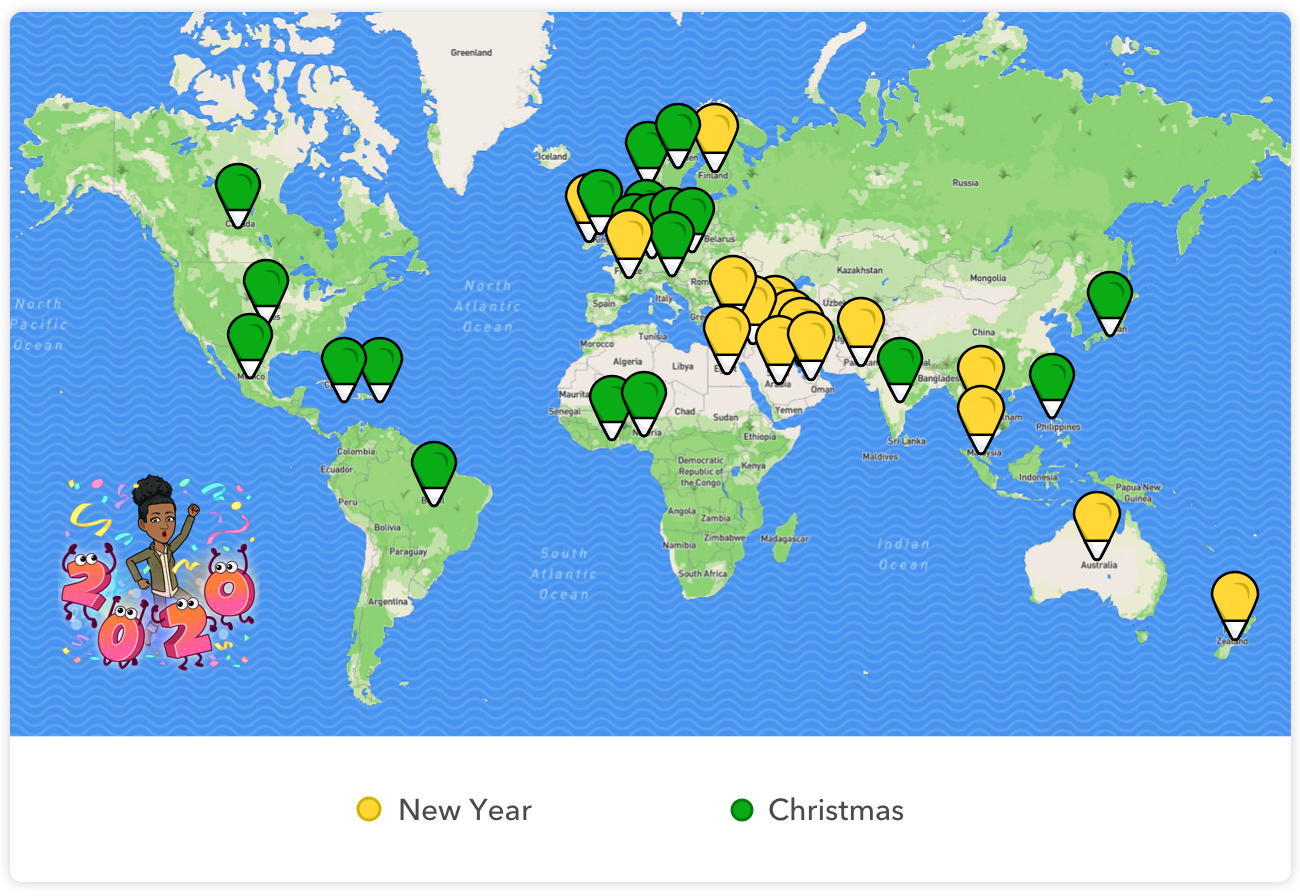 US Snapchatters embraced the hallmarks of the holiday season, from lighting menorahs for Hanukkah, to partying with Christmas sweaters and White elephant gifts. It wasn’t all R and R, though. They had to get through Finals week, knock out some last minute shopping, and keep tabs on the impeachment process. They came ready with resolutions for the new year as 2020 closed out the 2010s. 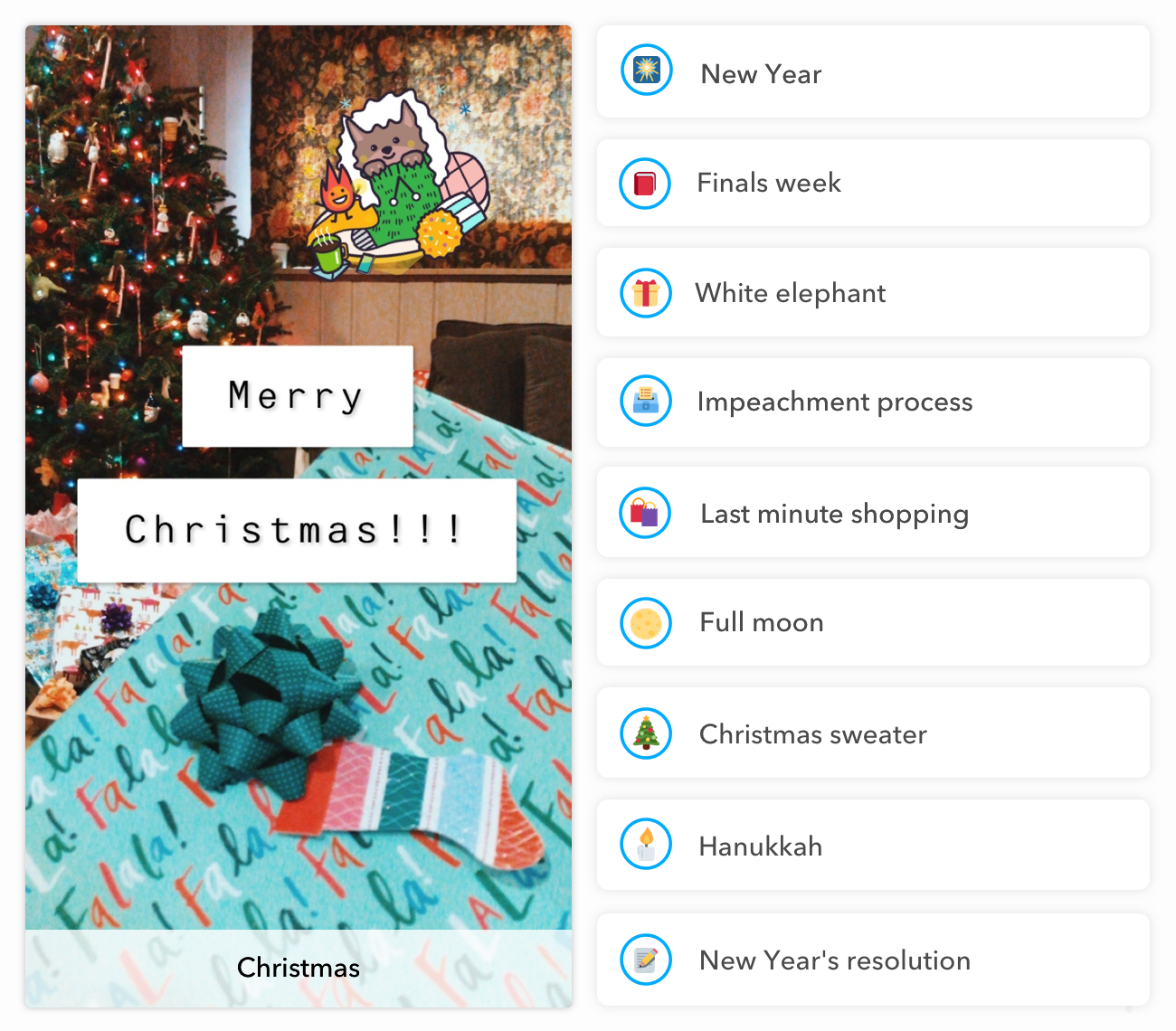 Something about winter weather is perfect for escaping to other worlds. Snapchatters found theirs in the medieval “Continent” in Netflix’s The Witcher, the unpredictable universe of Jumanji: The Next Level, and a galaxy far, far away in Star Wars: Rise of Skywalker. For darker thrills, Snapchatters turned to slasher film Black Christmas and season 2 of the Netflix hit You. Not to be outdone, appointment viewing like the 88th Annual Hollywood Christmas Parade, NFL Playoffs, and the Miss Universe Pageant filled Snapchatters’ screens too. 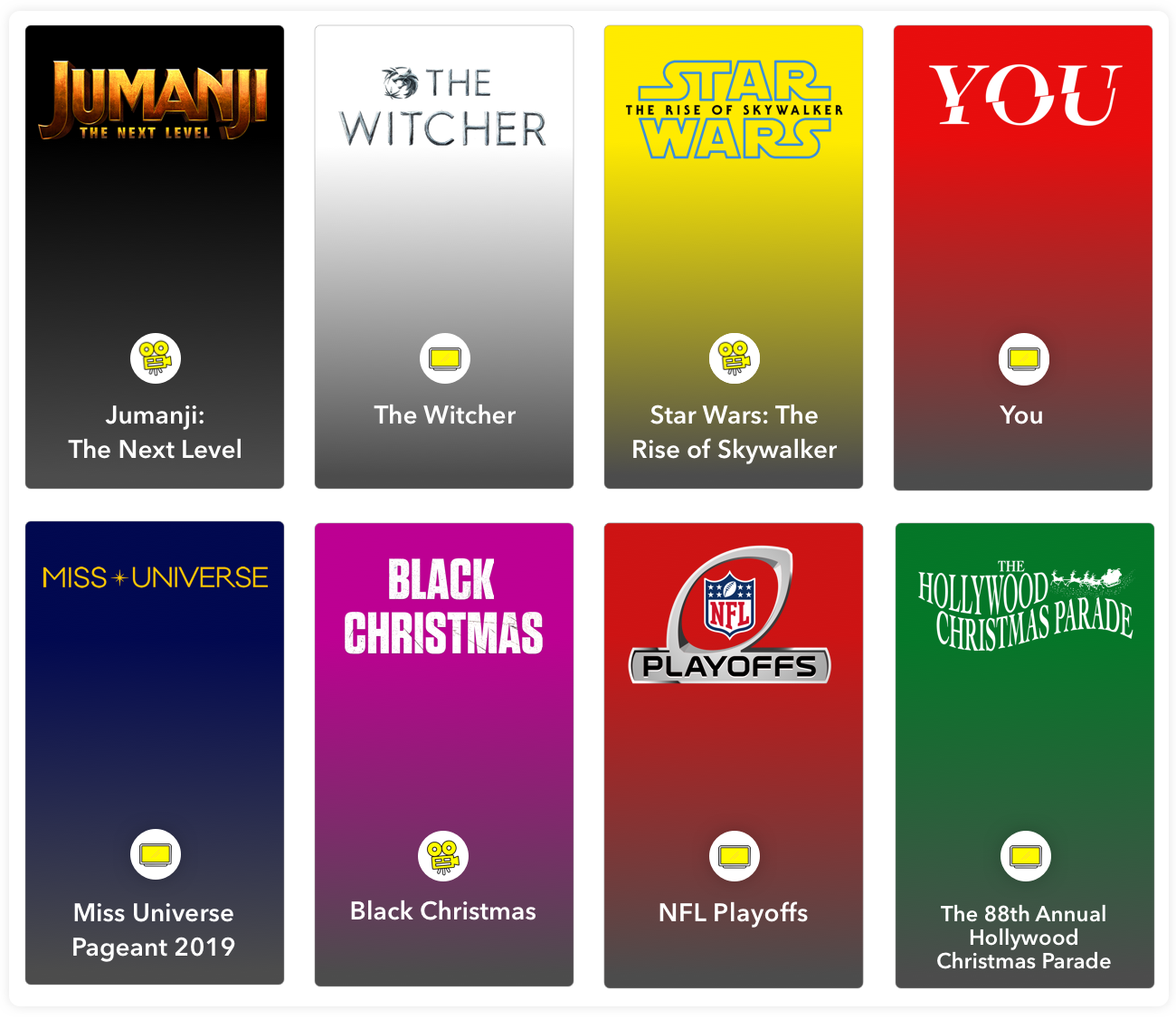 As the year came to a close, Snapchatters took time to reflect upon the artists they lost in 2019, from rapper Juice Wrld to Disney Channel star Cameron Boyce. TV personality Nick Cannon reminded people of his decade-long beef with Eminem and released a fresh set of diss tracks to fuel the feud into 2020. Early termination of YoungBoy Never Broke Again’s probation was big news with hip-hop fans, while Snapchatters mulled a different sort of “early termination” for President Donald Trump. With all the buzz around the impeachment hearings, Vice President Mike Pence was top of mind, too. 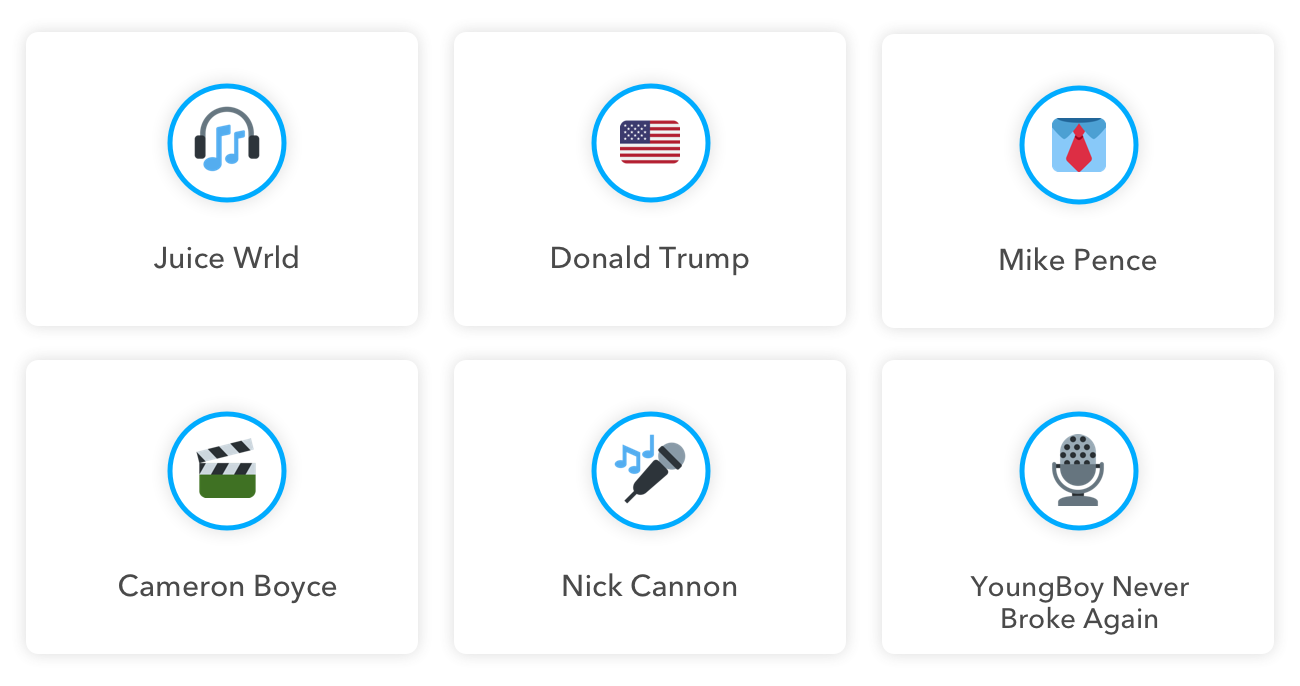 Some people leave out milk and cookies for Santa. Others post Christmas baking videos that go viral. Keeping with the holiday Vlogmas tradition, Vlog stars channeled their inner Buddy the Elf during the month of December with new Christmas-themed videos every day. 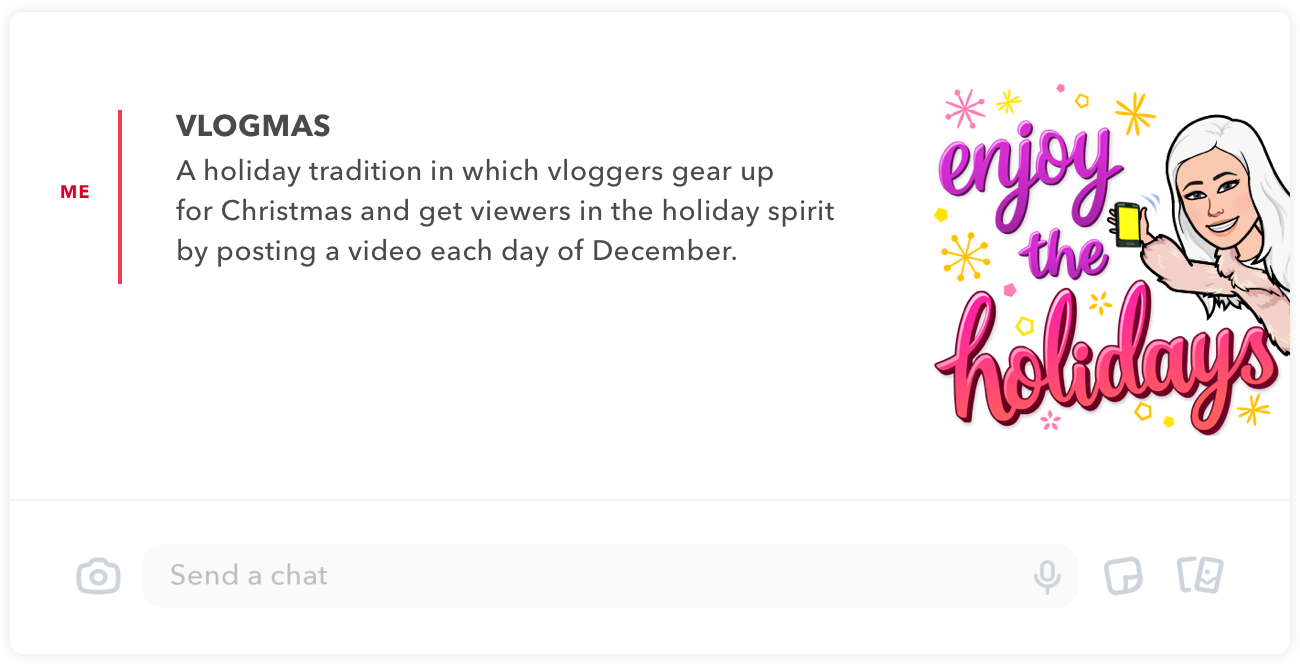 French Snapchatters got their second helping of Friday the 13th for 2019, not to mention Christmas and New Year’s Eve dinners, thanks to Réveillon. Lionel Messi’s historic sixth Ballon d’Or, the Miss France 202 pageant, and new releases like The Witcher and Star Wars: The Rise of Skywalker fed their appetite for spectacle. For big news stories, the passing of young rapper Juice Wrld and the government’s labor talks amid pension strikes gripped their attention. 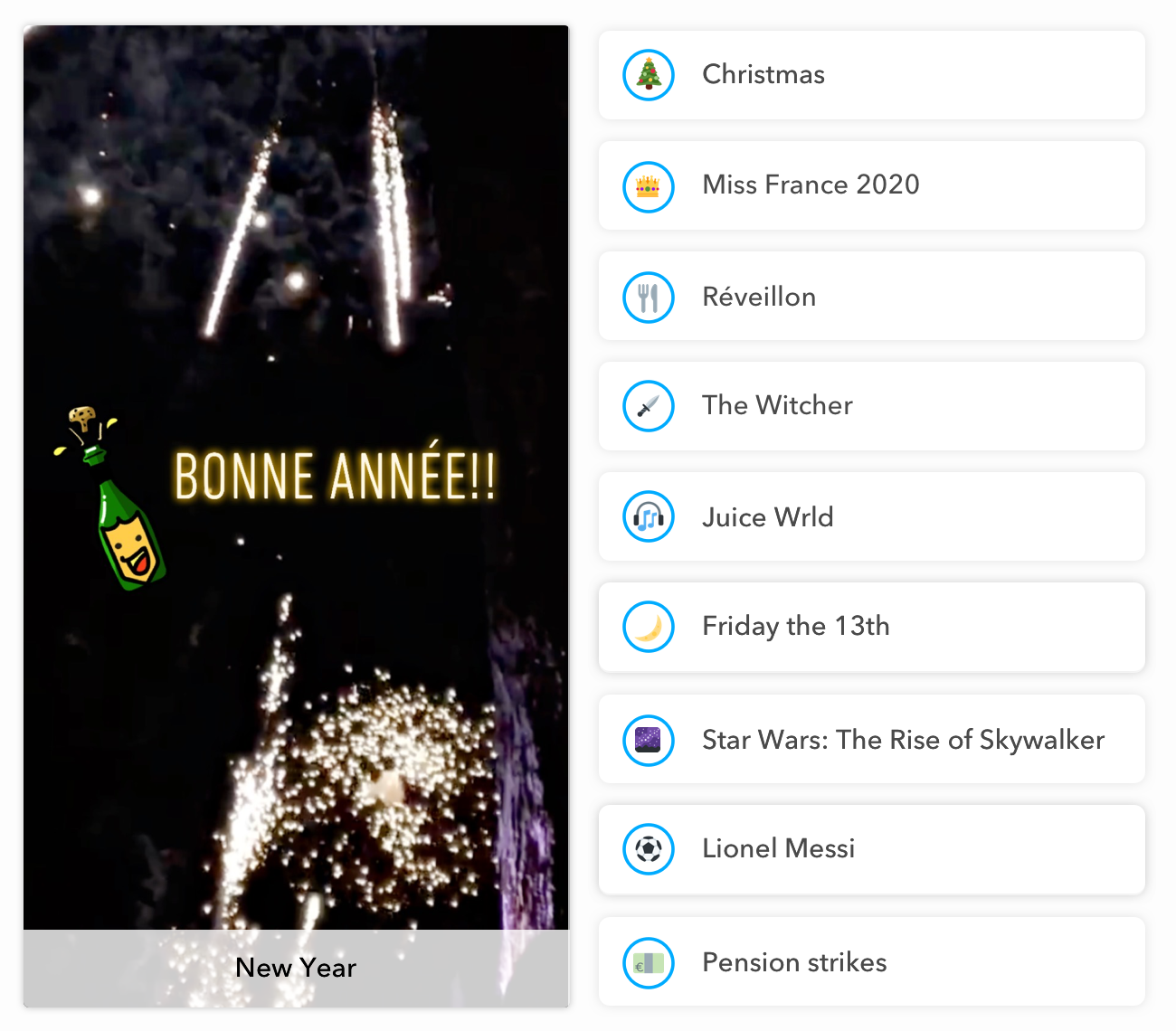