How Snapchatters Came Together for World Cup

Snapchatters from around the world united in Russia to cheer on their countries for the 2018 World Cup.

Over the last month, the World Cup has united people from all around the world — and Snapchatters were no exception.

According to our location data, visitation to Russian cities hosting the World Cup spiked, especially among Snapchatters from Saudi Arabia. In fact, Saudi Arabian visitation to Russia before their country’s starting match went up sevenfold compared to the month prior. Other countries that saw upticks in visits to Russia include France, England 1 , Germany, Mexico, and Sweden — all to support their respective teams. 2

And even though US Snapchatters didn’t have their own team to support, they threw their fandom behind other countries. Predominantly, they rooted for Mexico, Columbia, and Brazil. 3 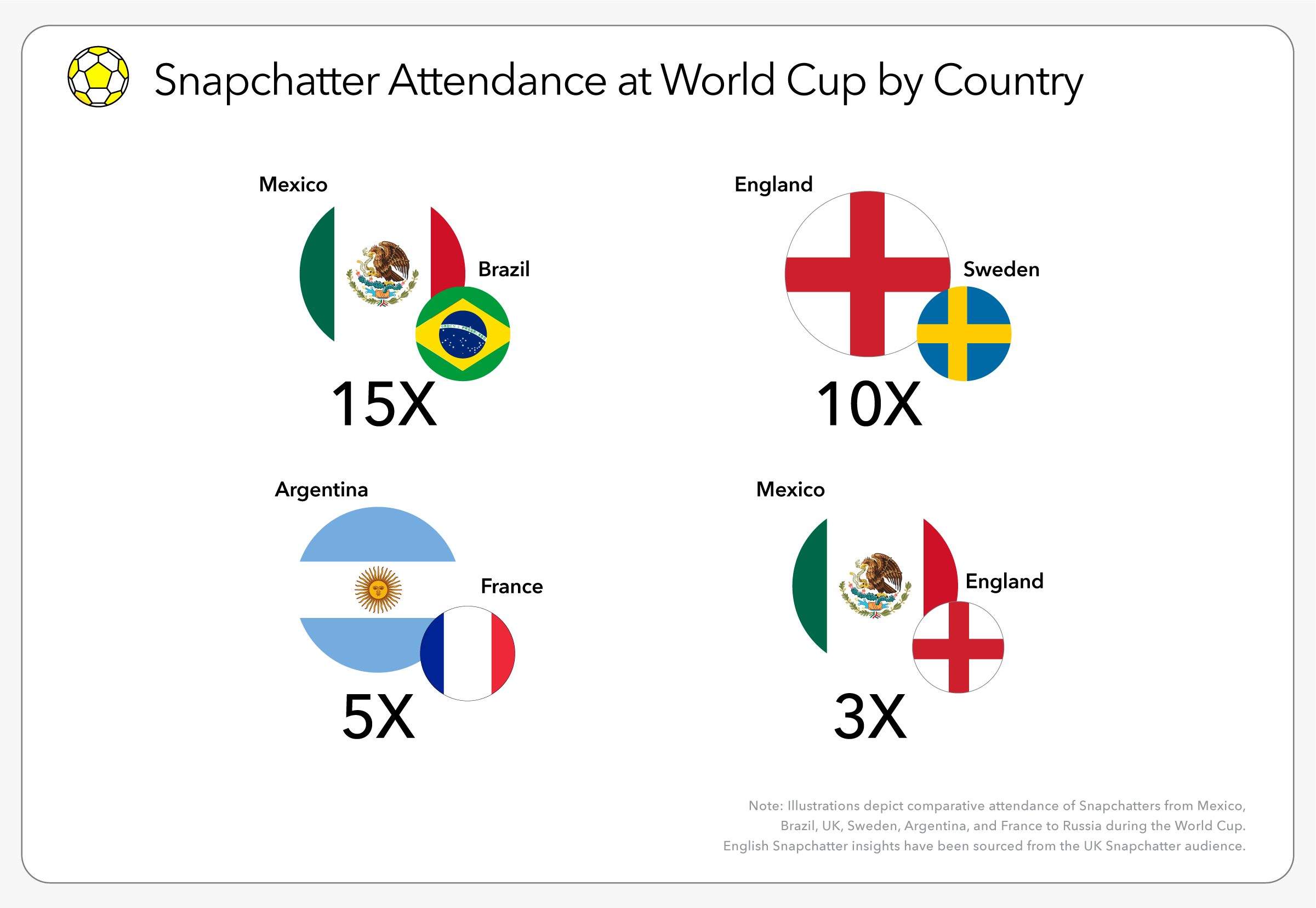 While fans share a common love for the game, for some of the most popular countries in soccer, their interests outside of the sport differ quite a bit from one another. 2

Snapchat’s Audience Insights provide even more information about these loyal soccer fans. Advertisers can use the tool to look up demographic information and lifestyle affinities related to “Soccer Enthusiasts” and many other interest groups on Snapchat.

Note: The data and methodology that drive the following insights are consistent with our philosophy: help show Snapchatters content they care about while protecting their privacy. Our Foot Traffic Insights only consists of aggregate user data. Privacy has always been a priority at Snapchat. To learn more, visit our Privacy Center.