A long standing truism in CPG marketing is that advertising to a household’s ‘shopper parent’ is the optimal method of driving short-term ROI for a brand or portfolio. For decades, brands across product categories have tried to reach, with a singular focus, the parent who physically goes to the store and buys goods for the home.

Now, those same brands must adapt to new realities.

Consumers have more choice and control over the channels and devices through which they consume content, which presents brands a complicated landscape through which to reach them. This has given rise to purchase-based and shopper-age target strategies becoming the new norm in digital advertising. Put differently, advertisers have tried to deploy the ‘reach the shopper parent’ strategy on digital.

Under this new paradigm, the industry has seen large, established brands struggle to drive consistent sales and share gains. 1 This begs the question as to whether these traditional advertising strategies centered around the ‘shopper parent’ in the household deserve revisiting. 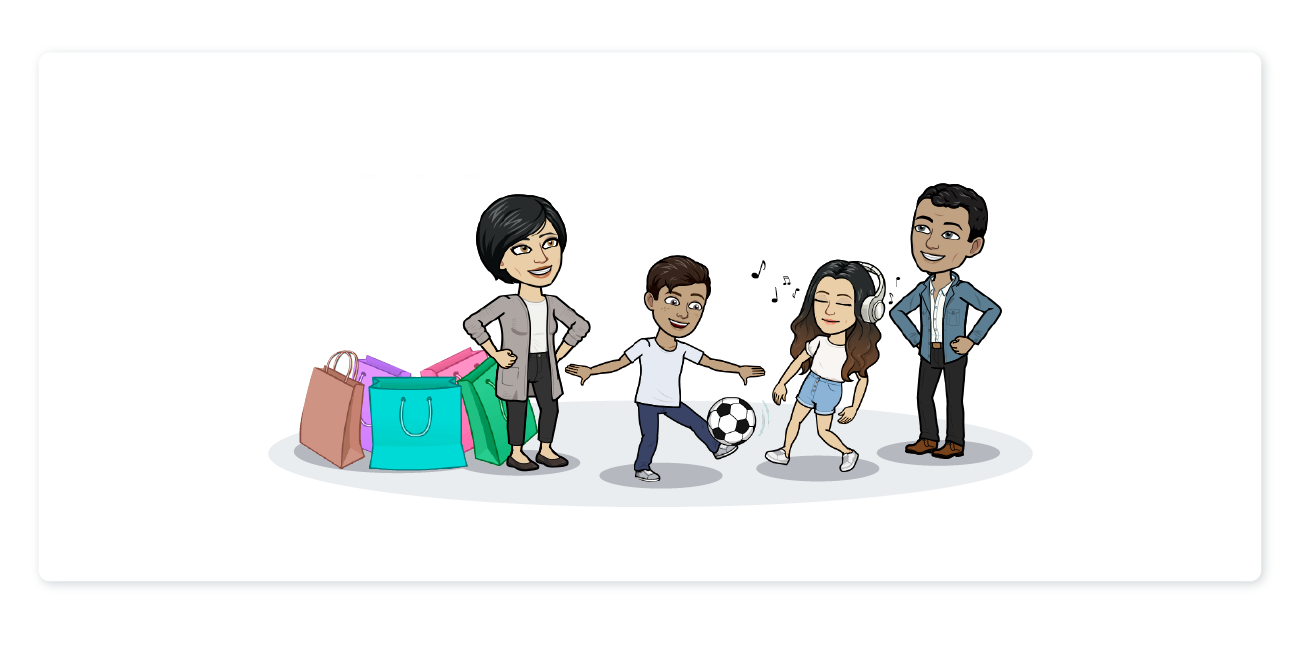 Why should marketers care about Gen Z’s influence?

When we look at the household purchasing power over which Gen Z has influence, it presents a compelling business opportunity for marketers: 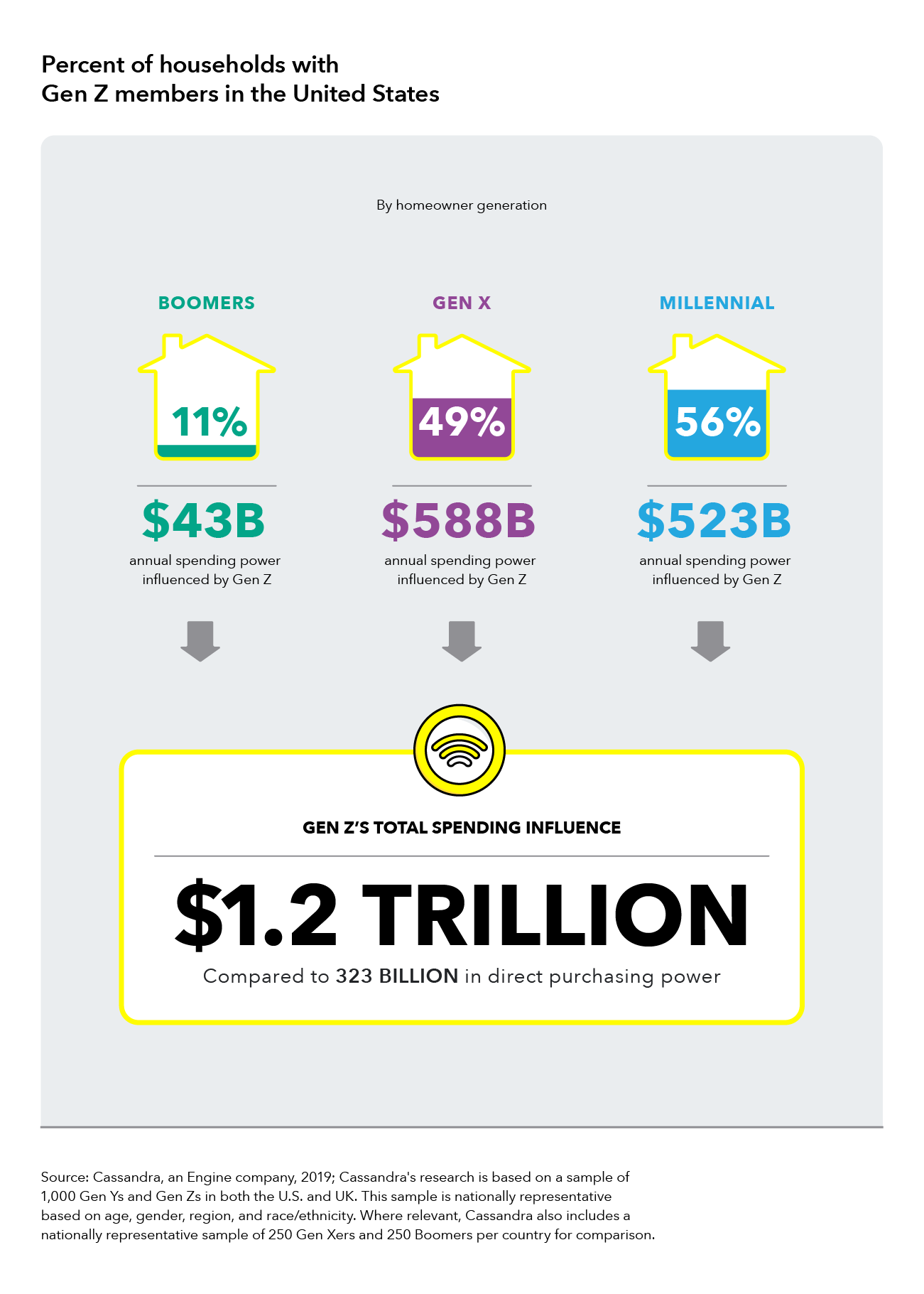 Although we knew that influence effects had been playing a major role in the success of CPG advertising campaigns on Snapchat 4 , they had yet to be explicitly quantified. We saw this as an opportunity to show how powerful it can be for brands to advertise to Gen Z and how our clients are driving short and long-term growth by advertising to them now. That’s why we partnered with NCS to conduct one of the first ever studies to quantify household purchase influence effects resulting from ad exposure.

The study analyzed 19 CPG campaigns that ran on Snapchat in 2018 and included 32 individual sales lift calculations for different brands. These campaigns all ran in the United States and served just under 4 billion impressions using a combination of Snap Ads, Story Ads, Lenses, and Filters. 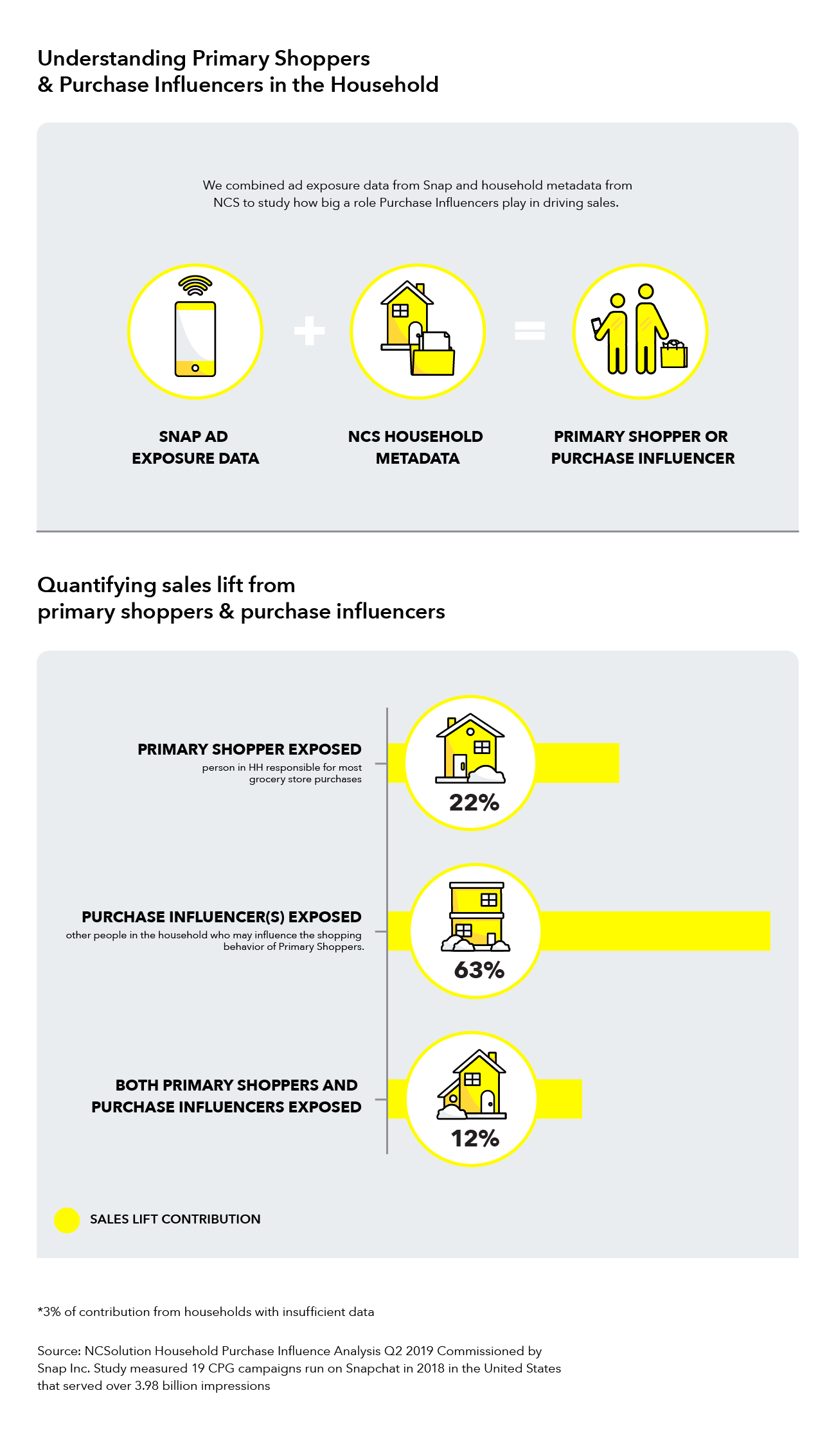 Since we started measuring with NCS in 2017, Snapchat has seen sales lifts 17% higher than NCS's average norm for mobile advertising 5 . The new data indicates that most of this sales lift is due to household influence effects. Not only is purchase influencing a thing. It’s a real thing. Driving real results.

This helped answer the question of efficacy -- advertising to Gen Z drives incremental sales -- but what about efficiency? Can these results be achieved in a cost-effective way?

To help answer this question, we calculated a sales lift response index 6 for each campaign to contextualize the sales lift numbers we observed relative to the rate of exposure for each group. We then placed each group of households into one of three buckets on a per-study basis : (1) Under Responsive, an index less than 85 (2) Average Responsiveness, an index between 85 and 115 (3) Very Responsive, an index greater than 115.

In summary, the data presented here indicates that there is a real business opportunity for marketers to tap into Gen Z's influence over household purchasing decisions by creating advertising strategies around them. We've worked with NCS to demonstrate that CPG advertisers in the United States are using Snapchat's advertising platform -- and these household purchase influence effects by proxy -- to drive measurable returns on their advertising spend now, at rates surpassing the average returns on mobile advertising spend NCS measures elsewhere.